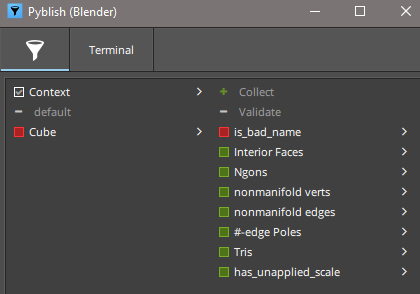 This was mainly a test to get some sample plugins up and running in Blender.

also ran into issues with some checks requiring obj, and some require bmesh.
bmesh can be accessed from obj, so easy to work around but really start to feel the need for a better convertor setup / better way to pass data

maybe worth thinking if plugins can be split between basic and advanced. standalone vs dependencies.

getting a basic mesh-check package to work for blender could be huge.
Their community loves opensource.