I just learnt about something I felt I should have known years ago; the effects of “vertical sync”.

QML is running on your GPU and your graphics driver, if like mine, will likely have Vertical Sync enabled per default. That means that your GPU will avoid rendering more than 60 fps in an effort to avoid visual artifacts. That’s great for games (or is it?), but in the case of GUIs however, the result is a slight lag between the cursor and what the cursor does.

I turned it off, and experienced the most smooth experience I’ve ever had with QML and Pyblish QML in particular.

(As a side-effect, I also found that the animations are far too quick and not based on clock-time, which they should. But hey, can’t have it all.

Here’s how you would do it with NVIDIA drivers. 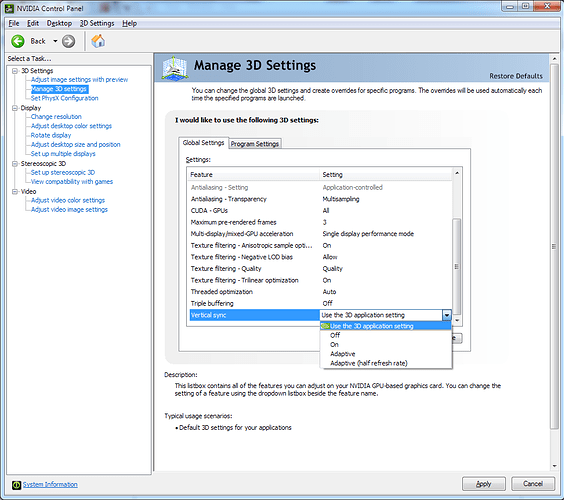 Give it a go and let me know what you think. I’ve avoided adding too much complexity to the GUI due to thinking it was already slowing down at it’s current state, but now I’m getting framerates in the thousands!