When logging messages it would be great to have which instance the plugin was operating on. I know I get see it when I look at the perspective of an instance, but most of the time I look at a plugins perspective.

Isn’t is already giving you that? Should be the first item in the Terminal, before the first log message.

The order should be:

I was referring to the highlighted area below; 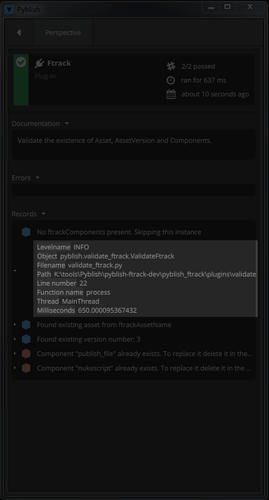 I usually focus on one plugin at a time, so going into the perspective for that plugin gives me focused information. Since they are operating on multiple instances, I would have to print the instances name every time I log a message.

Sounds like a useful feature request, feel free to put it in an issue!

should we add a [solved] to feature proposals that has been implemented?

Actually how about having instance name in exceptions as well?

should we add a [solved] to feature proposals that has been implemented?

Actually how about having instance name in exceptions as well?

Also a good idea, for consistency. Better make it a separate issue, could you handle it?